10 things to see in st andrews 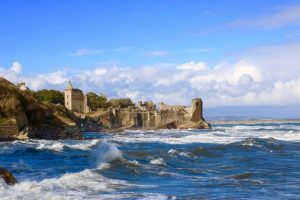 10 things to see in St Andrews.

Aside from sharing the name of Scotland’s patron saint, St. Andrews is mostly known to the outside world for its golf courses and a major university.  The town shares its name with Scotland’s saint as it has long claimed to be the final resting place of his bones after St. Regulus brought them there.  Since the town’s founding in the 12th Century, St. Andrews has grown considerably and offers many experiences beyond the links and the school.  We’ve outlined ten of our favorite places to visit in St. Andrews below, and you can let us know your own favorites in the comments.

Situated in the heart of the old town, J & G Innes has been open for over 130 years selling books, stationery, toys, and gifts.  The shop hosts regular signings, speaking engagements, and other events throughout the year.  It’s more than just a bookshop, J & G Innes is a city institution and a worthy stop for any bibliophile.

At a time when the threat of nuclear war was very real, many bunkers were built throughout the United Kingdom to safeguard government leaders and other important persons.  Situated below an unassuming farmhouse, this once-secret location is open to the public to see how the world once prepared for the possibility of a nuclear holocaust.

Byre Theater has been a part of St Andrews cultural heritage since it opened in 1933.  Founded in a cow byre (or cowshed) from which it gets its name, the Byre has spent decades as a home to stage productions in St Andrews and today hosts plays, film screenings, concerts, and more.  While it nearly closed in 2013, efforts by the University of St Andrews reopened it in 2014.

St Andrews has a wealth of history going back even further than the town’s founding in 1170 and the St. Andrews Preservation Trust was founded to ensure that history is maintained for future generations.  The museum’s regular and rotating exhibits put the town’s history on full display including scenes of days gone by.  Be sure to check the museum’s site and Facebook page for upcoming special events.

Those wanting to experience the natural beauty of Scotland should visit the St Andrews Botanic Garden, an 18-acre greenspace full of over 8,000 exotic plants species from Scotland and beyond.  Sometimes referred to as a “hidden gem,” the St. Andrews Botanic Garden is one of the finest collections of flora in Scotland or anywhere in the United Kingdom.

Golf was invented in Scotland, and the British Golf Museum is dedicated to over 500 years of the sport.  Exhibits inside tell the story of golf from a simple game through its development into a professional sport.  With more than 16,000 items in its collection, the museum covers many facets of the game, its most important players, and the championships that still capture our attention today.

Built not long after the town of St. Andrews was founded, St Andrews Castle has long since fallen into ruin, though what remains has been preserved as a testament to the town’s history.  It has been home to kings, a prison, and a center for religious reformation throughout its existence.  St Andrews Castle is a must-visit location for any visitor to the city.

Education has been important to St Andrews going back as far as the 15th Century.  The university was founded in 1413 and since has been responsible for educating some of the best and brightest from across the United Kingdom.  It’s worth walking around and taking in the third-oldest university in the English-speaking world and remark on important alumni including theologian John Knox, scientist Edward Jenner, and even the Duke and Duchess of Cambridge.

Alleged to be the resting place of the bones of Scotland’s patron saint, work on this great cathedral began in 1158 and didn’t finish until 1318.  Following the Scottish Reformation, the church was ransacked and fell into ruin, existing today as a monument to Scotland’s religious history.  On the grounds is also St. Rule’s Tower, which predates the rest of the structure.

The top reason why most people come to St Andrew’s is for a round of golf.  Right across from the British Golf Museum, the links at St Andrew’s are some of the oldest greens in the sport’s history with seven courses and three clubhouses over 300 hectares.  Anyone visiting the links is more than welcome to book a tee time and play at the “home of golf.” 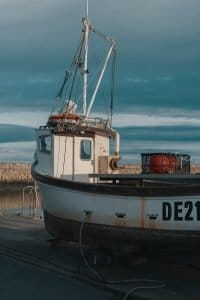 So, whether you’re looking for a weekend break, week-long holiday or something in-between, St Andrews offers something for every kind of visitor.