|In Itineries, Uncategorized
|By Mark Hibbert 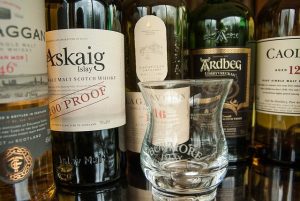 While touring Scotland, the home of whisky, in your campervan. Why not set out to discover the whisky’s in Scotland for yourself and find your new favourite. Everyone has their favourite whisky in Scotland.

Scotland is split into five distinctive whisky regions, each with their own distinctive flavours and styles. While the same basic process is used to produce whisky across the country, it’s the subtle variations and ingredients that create the unique single malts.

Here’s a brief guide to the different regions. 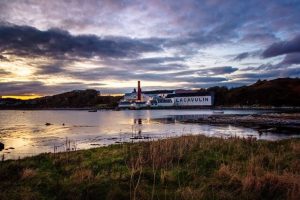 Islay, off the west coast of Scotland, is known as Scotland’s whisky island. It is home to eight distilleries, one of which, Bowmore, is said to be the oldest in Scotland and dating back to 1779.

Islay is famous for its smoky whiskies, with the flavours ranging from lightly peated to the very heavily peated.

The island is probably most famous for the “Big Smokes” of Laphroaig, Lagavulin and Ardbeg.

Many people will tell you that Islay whiskies are an acquired taste and not for the faint hearted but they are also some of the best-loved malts in the world so don’t be put off.

Islay is also a lovely place to take a campervan.

The long west coast peninsula of Kintyre ends at Campbeltown, a place synonymous with whisky. Although this is is Scotland’s smallest whisky-producing region, Campbeltown is much admired for its fabulous drams.

There are three working distilleries (in its heyday there were more than 30). These include Glengyle/Kilkerran, Glen Scotia and Springbank.

The flavours are more salty and briny than other regions of Scotland and much loved worldwide.

The landscape of the Lowlands of Scotland is rolling hills and fertile farmlands – and Lowland whisky is generally lighter and subtler than many others.

The whiskies of distilleries such as Bladnoch, Glenkinchie, Eden Mill and Annandale (which reopened in 2014 after closing down 100 years ago) make introductions to single malts. 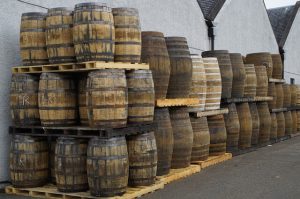 This area of the Highlands of Scotland is by far the largest and arguably the most famous among whisky lovers.

Around half of all of Scotland’s distilleries are spread across the lush landscape of Speyside, where rivers and fresh water are in abundance.

You can follow an official Malt Whisky Trail in this region. 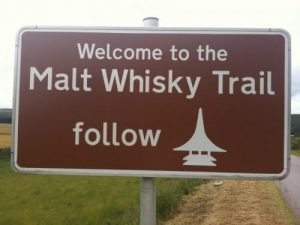 This is the largest region in terms of area, stretching from Orkney in the north to the Isle of Arran in the south-west. The landscape is typically wild, dramatic and rugged but also green, fertile and tranquil.

The style and flavour of malts from this region are as varied as the landscape but are broadly robust and full-flavoured.

The highest distillery in Scotland, Dalwhinnie at 1164ft, is also found in the Scottish Highlands.

You can download the five free VisitScotland whisky guides 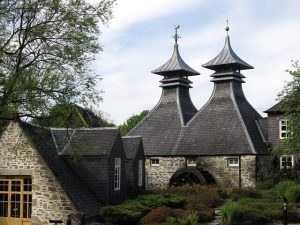 So, whether you’re looking for a weekend break, week-long holiday or something in-between, Scotland offers something for every kind of visitor.